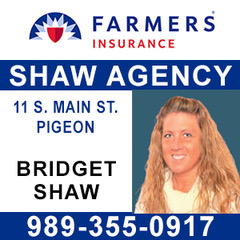 Catch the Tom Lounsbury Show Sundays on WLEW AM 1430 at 2:15 p.m. and Cruise 102 FM at noon.
Click the play button to hear the latest show on-demand or choose a previous show from the archives!

Tom Lounsbury, our local outdoors specialist, was born and raised right here in the Thumb. He is the fourth generation on his family farm near Cass City. You’ll have a hard time finding anyone who loves and appreciates the outdoors more than Tom does! Tom has been hunting since his first outing with his mother at the ripe age of 3 years. He has been carrying a gun and hunting pheasants since he was just 6 years old, and has been bow hunting for over 50 years! The famous campfire Tom and his guests sit around during the Tom Lounsbury Outdoors Show has been burning for 8 years now. And in those 8 years, Tom has covered everything outdoors from the best hunting tips and stories, to the best fishing techniques to the best calls. Tom is also a regular in Michigan’s Original Vacation Guide! And if you were to ask Tom to describe himself, well, he just might say, “I love everything outdoors!”